The price of popular cryptocurrency bitcoin has more than tripled over the last three months. This has sparked a recent surge in the prices of other cryptocurrencies — collectively known as alt-coins — such as Ether, the native currency of the Ethereum blockchain. Ether is up over 50% just since Christmas Day.

As a reminder, bitcoin and Ether can be bought and sold every day around the clock, whereas stocks only trade during market hours. Bitcoin and Ether have started 2021 off strong, up more than 10% and 30% respectively. A big portion of these moves came over the weekend, but stocks couldn’t move until Monday when the market opened. Now, many crypto-related stocks are making big moves. Consider these movements as of 2:15 p.m. EST:

Each stock is going up thanks to the rising prices of cryptocurrencies. But will this always be the case?

Marathon and Bit Digital are bitcoin mining companies. The bitcoin blockchain network is decentralized and is only able to run because of the computing power supplied by operations like Marathon and Bit Digital. These are compensated for their services in bitcoin by design. Both companies can increase the amount of bitcoin they receive by increasing their computing power, either by purchasing more hardware or acquiring a fellow mining operation.

However, even without increasing computing power, it’s easy to see why it’s good for Marathon and Bit Digital when the price of bitcoin goes up. Their expenses remain the same, and they’re compensated the same amount of bitcoin. But that bitcoin is worth more, resulting in increased revenue. This is why investors are getting excited and sending these two stocks higher.

Ebang and Canaan manufacture hardware that can be used for bitcoin mining. That’s a bad business to be in when no one is buying or upgrading their equipment. Consider that Canaan’s revenue for the third quarter of 2020 was down 76% year over year to a mere $24 million. Ebang most recently gave results for the first half of 2020, reporting revenue of just $11 million, a 51% drop.

Both Ebang and Canaan reported drops in the amount of computing power sold as well. However, Canaan’s wasn’t as bad as its overall revenue drop. That said, inventory glut resulted in lower average selling prices, explaining the outsized revenue drop. But perhaps these companies are poised to sell more hardware in coming months as cryptocurrencies heat up. That’s why investors are excited about these two stocks. 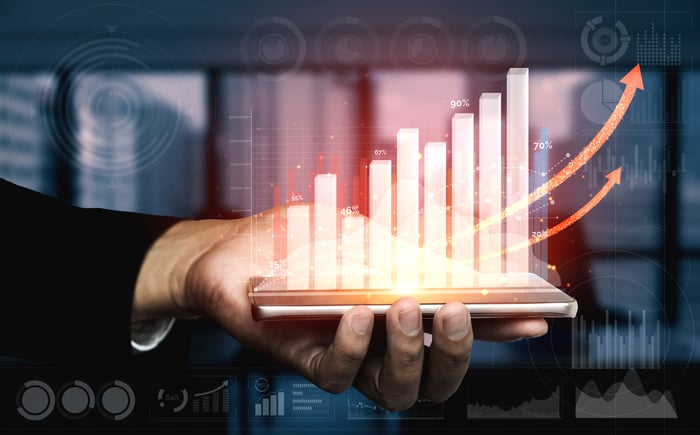 It’s crucial for investors to distinguish between why stocks are moving today and what will make them move in the long term. To be clear, these two things aren’t necessarily the same.

It’s true that rising cryptocurrency values is good for bitcoin mining operations like Marathon and Bit Digital. And improving business fundamentals for bitcoin miners is good for those supplying the mining hardware like Ebang and Canaan. However, when investing in stocks, there are more factors that also influence future movements sooner or later.

For starters, I believe all four of these stocks are wildly overvalued at the moment, trading at nose-bleed price-to-sales valuations. This is called valuation risk and it basically means these stocks could fall to a more reasonable valuation, regardless of what happens with the price of bitcoin in the future.

Granted, many of my favorite stocks are considered expensive when looking at their price-to-sales ratios. However, the stocks I like are also great businesses with explosive profit potential. By contrast, these stocks aren’t great businesses because they don’t control the most important element of their business: the price of bitcoin. Furthermore, bitcoin mining and hardware manufacturing has a checkered past regarding profitability.

The only thing that remotely interests me is Ebang’s cryptocurrency exchange. As a technology platform, it could have good margins. However, it hasn’t even launched yet — that’s far too early to invest in my opinion.

Finally, remember that when we invest in stocks, we invest in the management teams at those companies. This is particularly important here because Bit Digital, Canaan, and Ebang are all based in China. Chinese companies on U.S. stock exchanges will likely be subject to financial audits going forward due to the passing of the Holding Foreign Companies Accountable Act. Investors in these international stocks should not just have confidence in the future price of bitcoin, but also in these management teams’ ability to comply. Failure to do so could send these stocks plummeting even if bitcoin keeps rising.

These are just a few reasons I consider Marathon, Bit Digital, Ebang, and Canaan stocks risky investments, even though I believe cryptocurrencies like bitcoin and Ether could keep heading higher.