XRP was trading at around $0.30 before Coinbase announced it would halt the trading of XRP around January 19, 2021. The digital asset then plummeted by more than 30% within 24 hours and seems to be poised for a bigger pullback as more exchanges are at risk of delisting the asset.

Cardano price is on its way to $0.25 as it faces practically no resistance ahead

Cardano price had a major 13% jump after a clear breakout from an ascending triangle pattern on the 12-hour chart. Despite the significant pump, it seems that the digital asset still has more room to climb.

After the breakout of the ascending triangle pattern on the 12-hour chart, bulls have been in full control of the trend. ADA aims for $0.25 in the long-term as it faces very little resistance above according to many indicators. 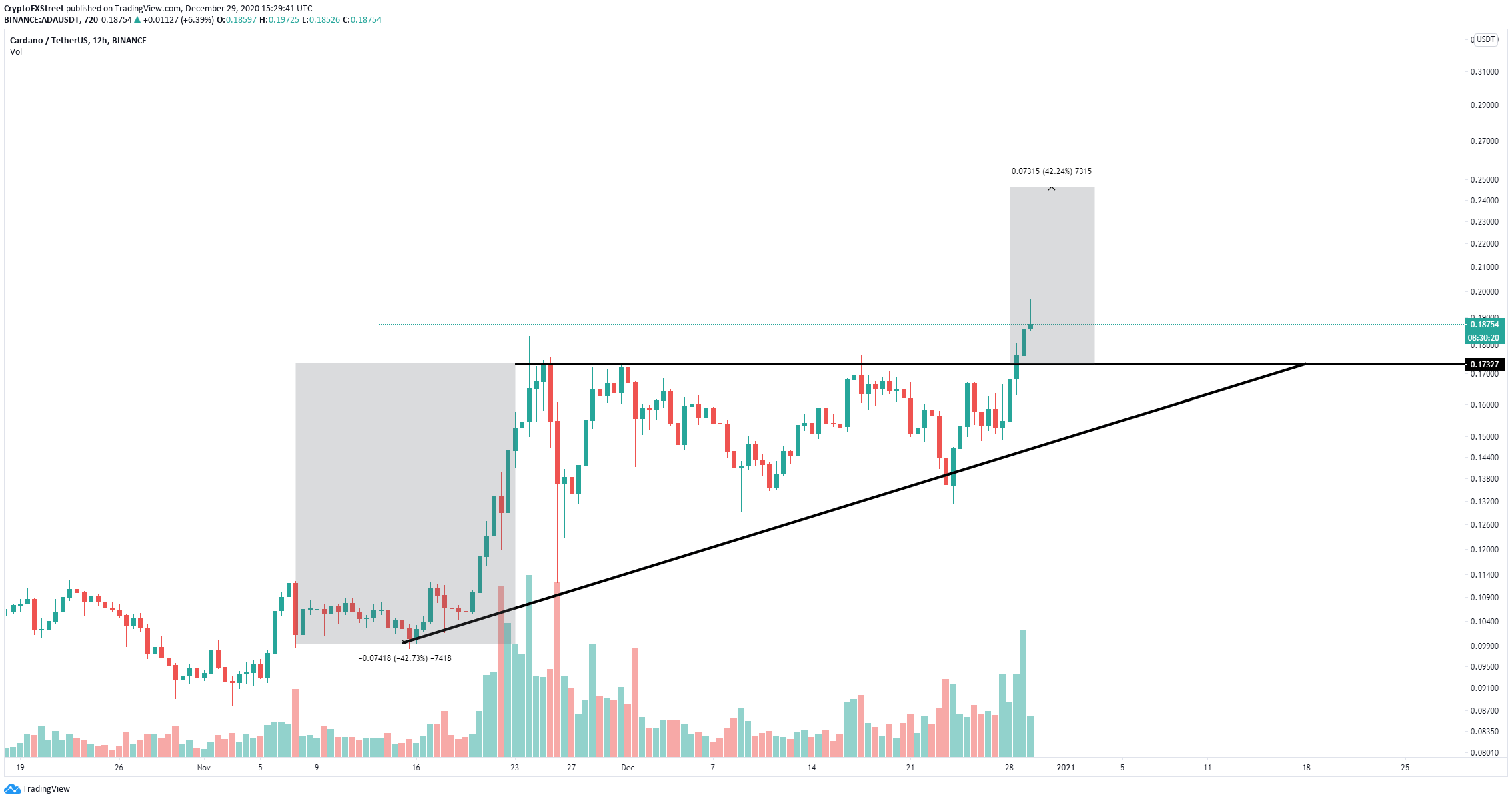 Chainlink price dives by 30%, but the bulls bought the dip and aim for a recovery

Chainlink has been trading inside an ascending parallel channel for close to three months before finally seeing a massive 30% breakdown which was fairly close to the price target that we suggested in our last analysis.

After a breakdown below $12, Chainlink plummeted down to $8.05 before quickly bouncing back up within 24 hours hitting $11.88. Several days later, the digital asset formed a higher low at $10.47 and a higher high at $13.24 confirming an uptrend on the 12-hour chart. 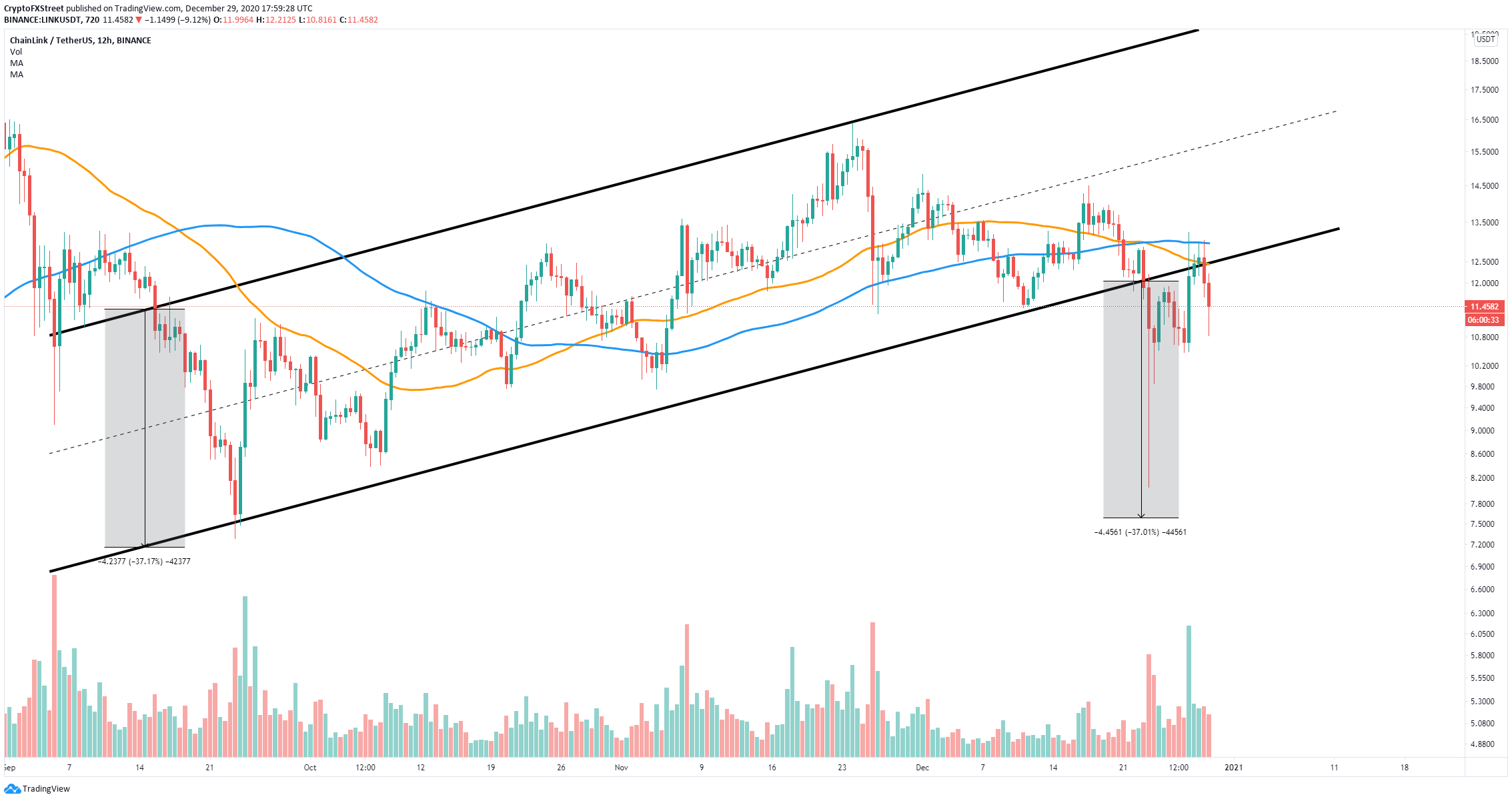