Analyst TraderKoz stated in his analysis he shared on Ethereum that Ethereum could see a decrease. The analyst cited this as the reason why ETH reached its highest price level and failed to rise after that point.

Cryptocurrency analyst TraderKoz shared that he predicts that the Ethereum price will fall due to its failure to exceed its highest levels in the $ 470 – $ 490 range in the summer. Ethereum price could drop to the $ 380 – 390 level, according to the analyst. TraderKoz pointed to the graph he shared on Twitter and wrote:

“I wouldn’t be surprised if we see something like this on Ethereum. As you know, Ethereum loves to cheat with triangle formations. ” 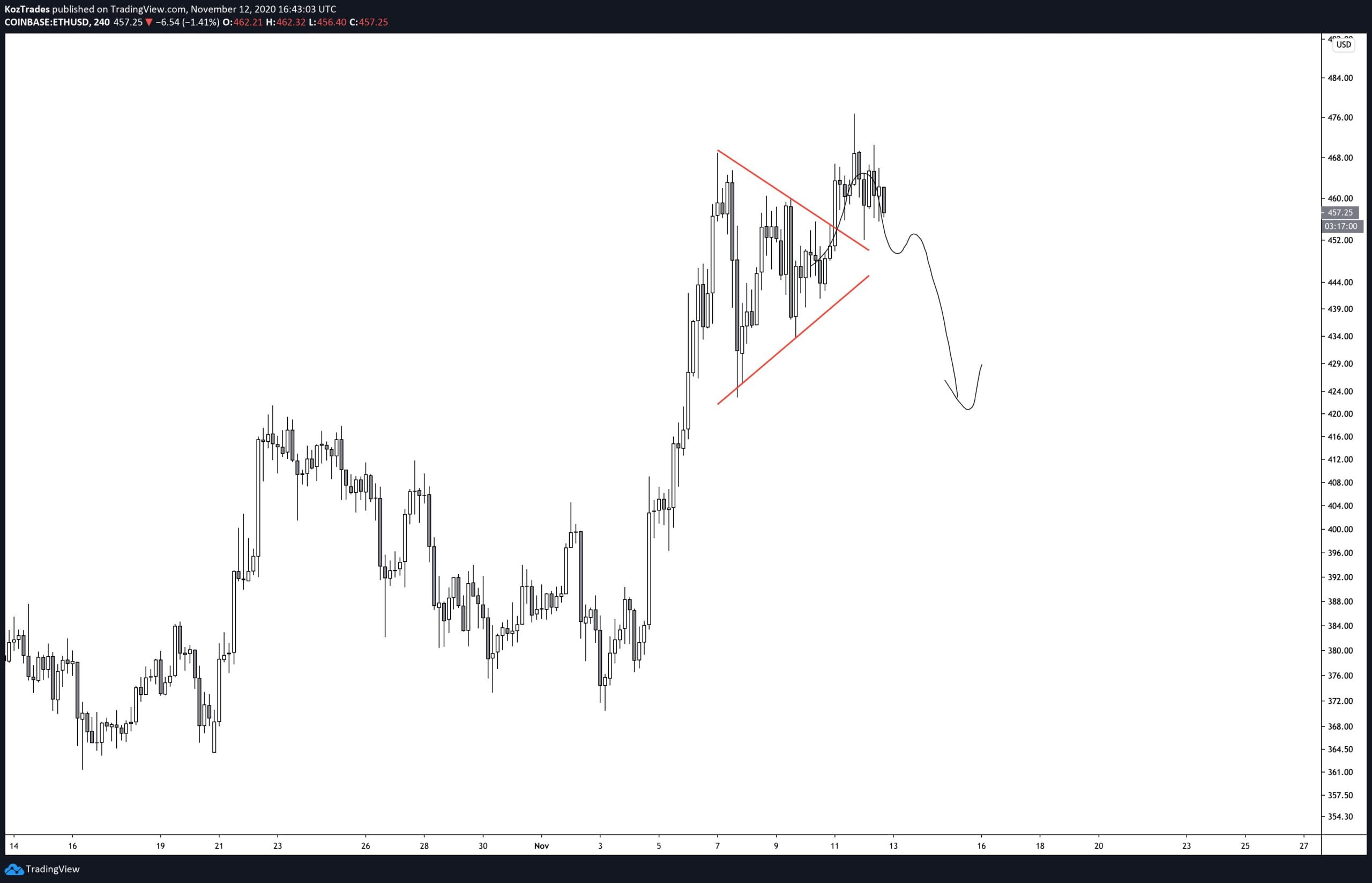 The analyst shared another chart, saying:

“I don’t know how to say it, but Ethereum seems to me to have reached its peak.”

Although the graph shows that ETH is above the support point, ETH has touched the region shown in red twice this year, but failed to rise in both. Therefore, TraderKoz said he believes Ethereum will see a pullback.

According to Bitcoinist’s Nick Chong’s analysis, although Ethereum continues to price slightly below its highest level in 2020, a decline can be seen. However, Ethereum’s decline to the $ 380-390 band will be an indication of a retracement of at least 16.5%, according to Chong. Chong also stated that experts are concerned about the possibility of a stronger retracement in the coming days.