Despite this strong upward movement, the price has currently faced rejection at the $11,700 resistance level.

Monero Price Analysis: XMR jumps by more than 70% over the last one month

Monero is currently in the middle of a bullish rally and has reached its highest levels since early September 2018. Since September 3, 2020, the leading privacy coin has jumped by 73% from $77 to $133. The network is currently prepping for a major network upgrade that will take place on October 17.

XMR is presently trending in an ascending channel formation. As previously mentioned, XMR reached an intraday high of $138.50 this Monday, a level not seen since September 2018. The MACD shows increasing bullish momentum, which the buyers will want to take advantage of to break above the $140 resistance level. 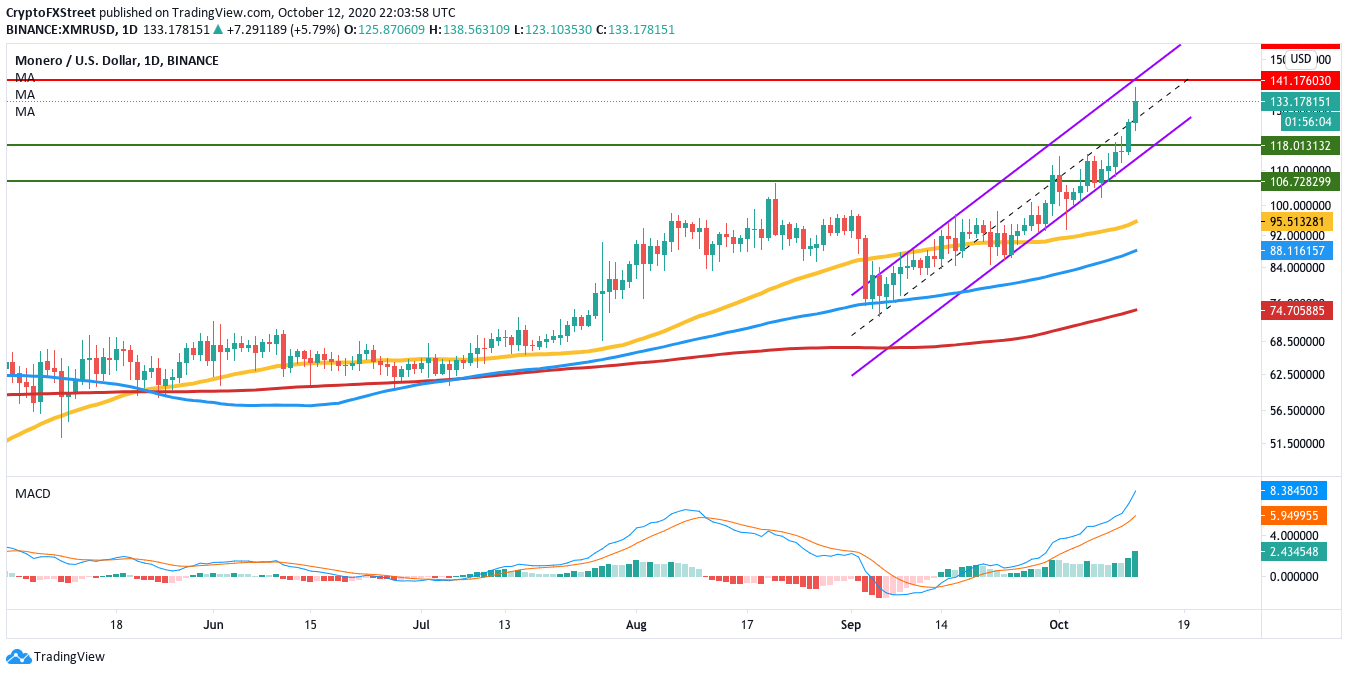 The release of UNI was one of the most successful ones, rapidly climbing towards a $700 million market capitalization and getting listed on all major exchanges like Binance, and others. The initial bull rally didn’t last long and after peaking at $8, UNI is now only trading at $3.29.

Although UNI has managed to rebound from the low of $2.47, it is still facing an important resistance level established at $3.5 on the 12-hour chart and tested several times during the past week. Rejection from this level has the potential to take UNI down to $3 in the short-term. 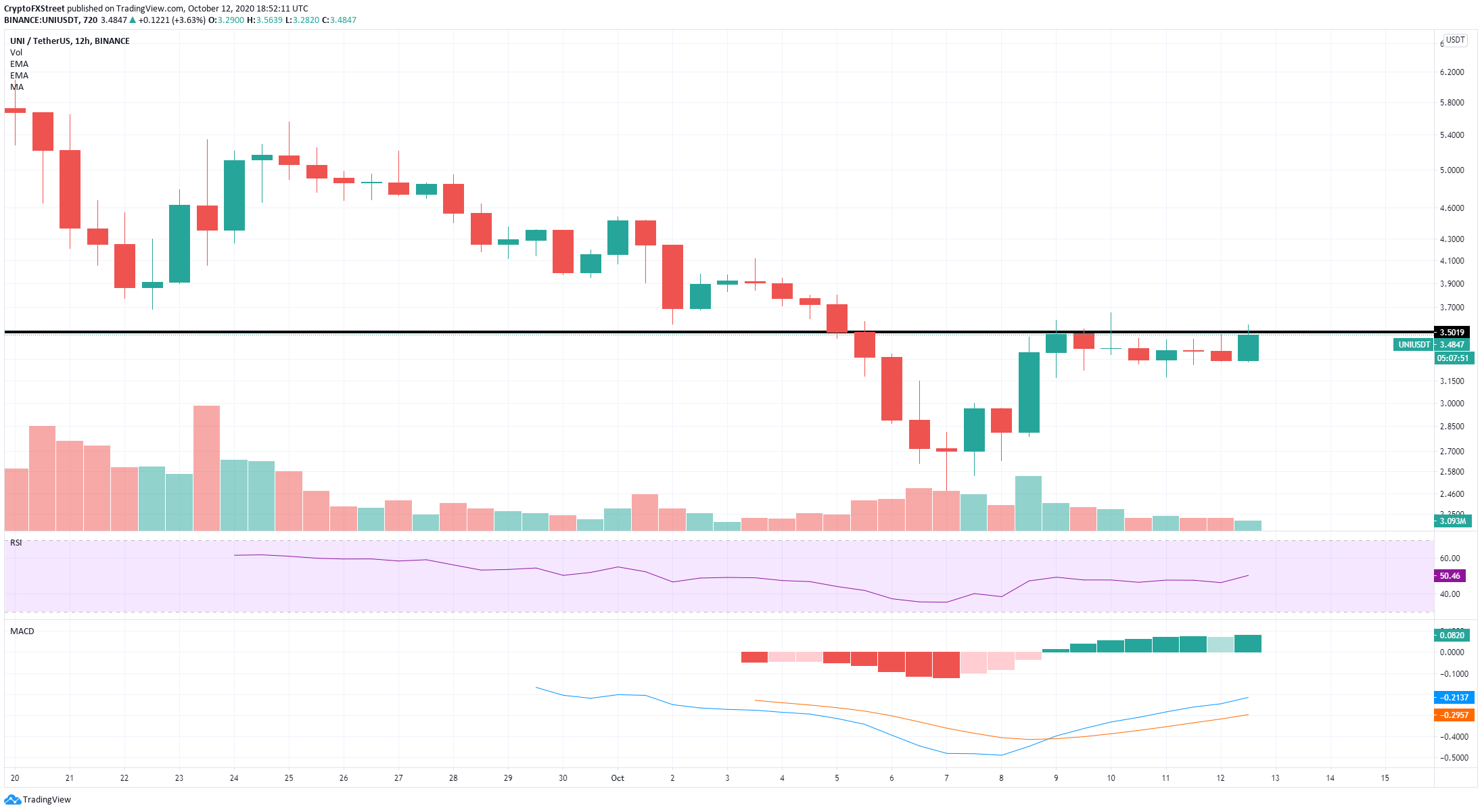