Litecoin and IOTA were in a period of consolidation after the recent drop. Monero showed signs of recovery, while also exhibiting a bearish pattern that could see the price of the asset revisit its recent lows.

Litecoin’s Bollinger bands had squeezed a bit around the price, indicating reduced volatility in the past few days. LTC had a value of $47.8 at press time and was trading just underneath resistance at $48.4 zone.

The constricted bands could be the squeeze before a big move for LTC. This move can be confirmed when the price moved upward or downwards, and Bollinger bands widened. 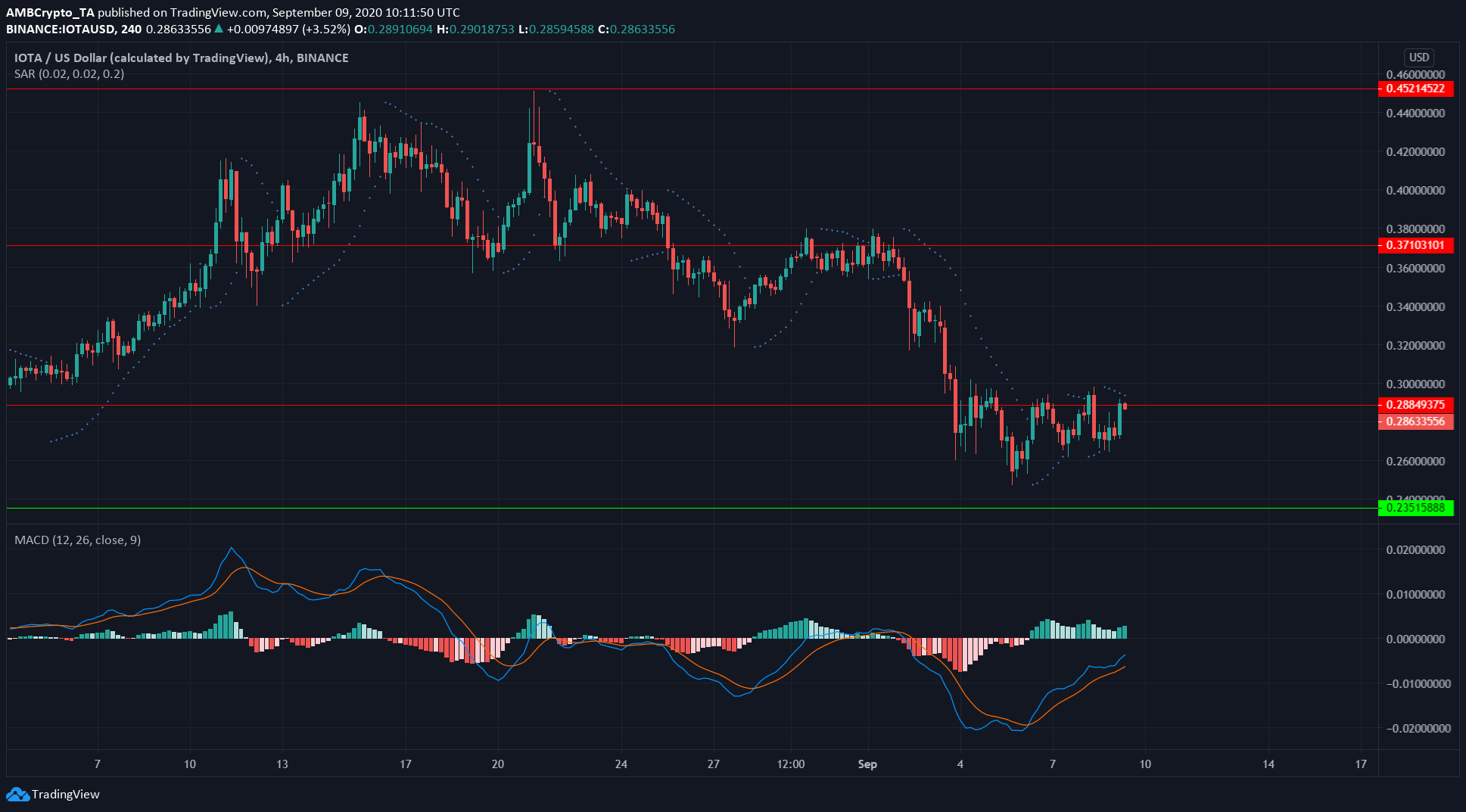 Parabolic SAR gave a sell signal. Its signals have switched from buy to sell in the past few days even though the price has stayed quite close to the $0.28 level.

MACD showed a bullish crossover and continued to indicate bullishness in the near-term.

However, unless IOTA is able to close above resistance at $0.288, and hold that level for a few trading sessions, IOTA can not be regarded as exhibiting bullishness.

A report published by the European Commission saw the IOTA Foundation-led, European Union-funded CityxChange project given a maturity rating of “business ready”. 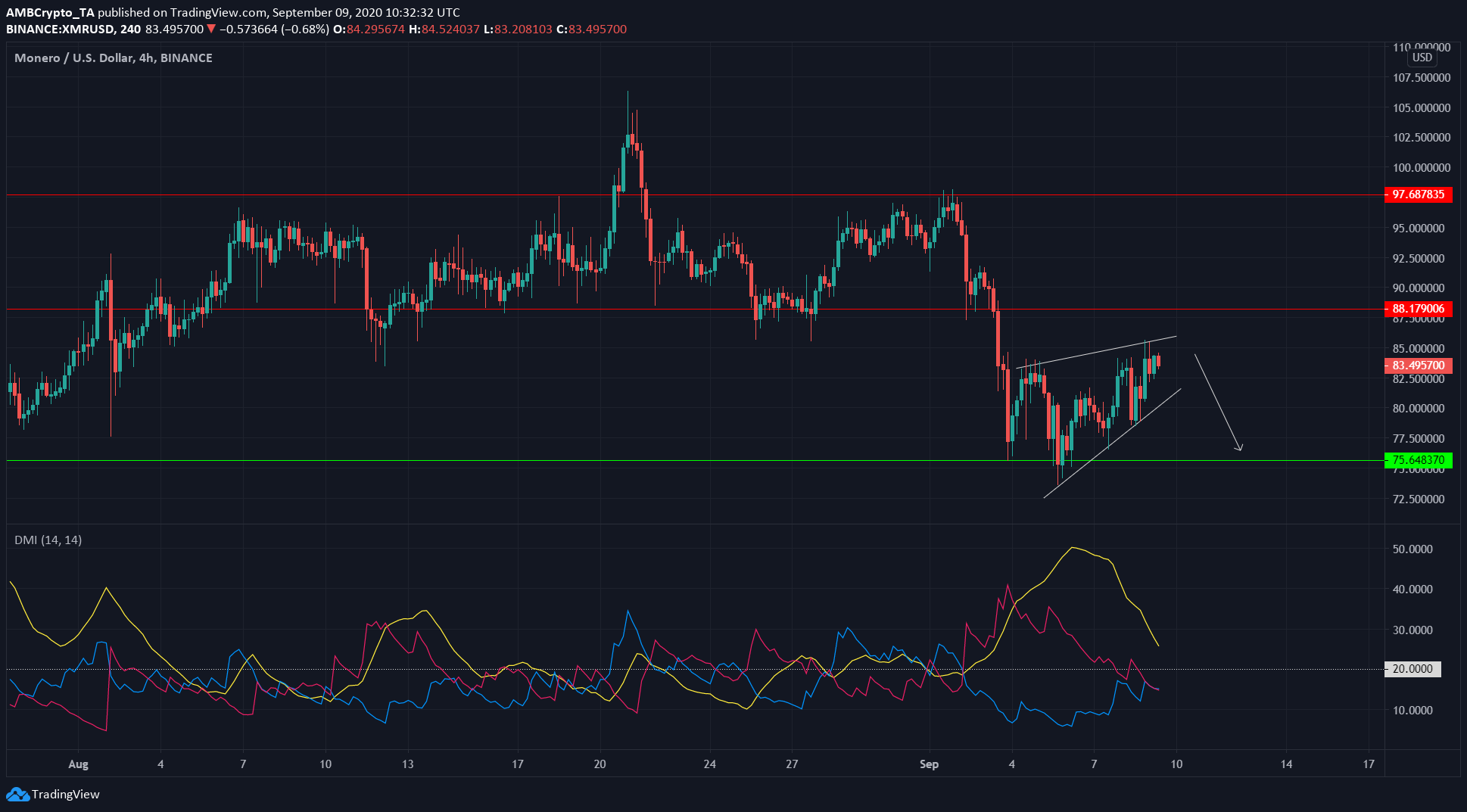 Monero has been trading in an uptrend for the past week. However, Monero was forming a rising wedge, a bearish reversal pattern as shown by the white lines. XMR could see its price drop toward support at $75.6 zone.

The pattern would be invalidated if the price rose above the white trendline and tested resistance at $88 region.

XMR showed a weakening bearish trend according to the Directional Movement Index. ADX (yellow) was falling toward the 20 line, as -DMI (pink) also dropped.

Monero held rank 18 on CoinMarketCap, with a market cap of $1.48 billion. Monero’s 24 trading volume in the past few days has been increasing and was at $294 million on 8 September which was much higher than the daily average of the past month. This could mean increased buyer interest as the asset dropped significantly in price.

If true, this could mean that Monero regains its losses in the month of September.