It is a striking sight that over the past 48-hours, only Bitcoin has remained at the top of its bullish rally that begun last week. According to Santiment’s analysis, BTC has been the only asset currently closing the 24-hour market on a high with major altcoins dropping severely in the charts.

With Ethereum already declining down to $363 after a brief re-test at $390, the limelight is now on Bitcoin. While the optimistic ones would like to believe that Bitcoin will not budge into the rest of the market’s sentiment, its diversion between Realized and Implied Volatility spoke volumes. 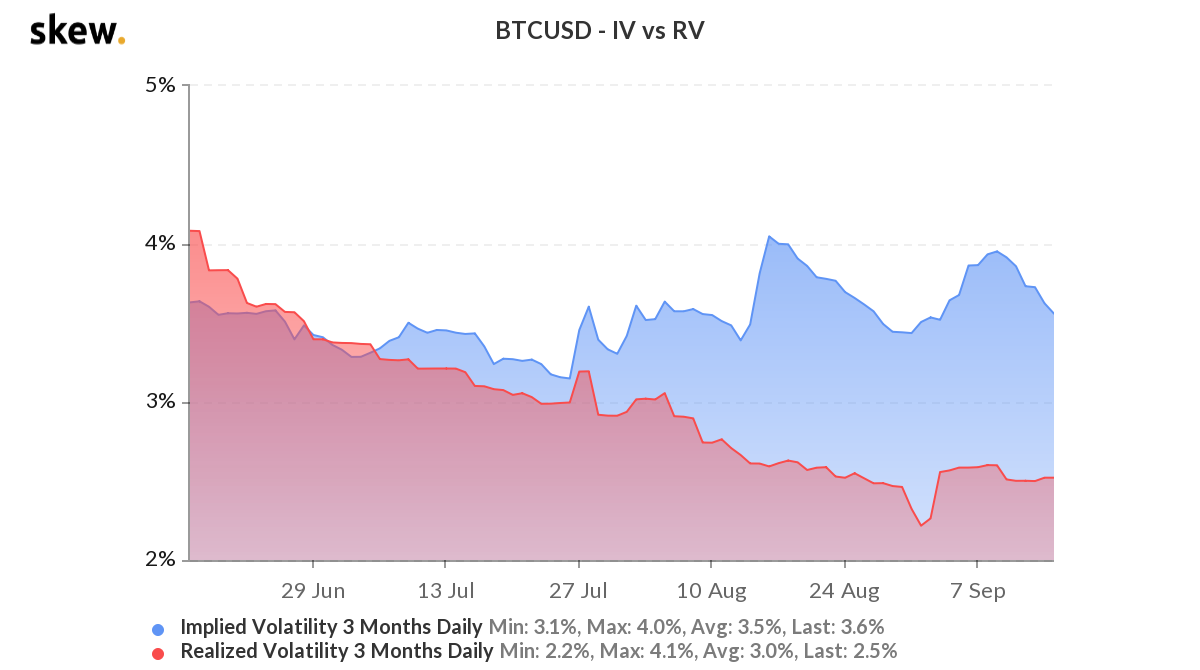 From the above chart, the diversion projected on Ethereum‘s chart is more profound but Bitcoin is possibly heading in the same direction. The factual importance in this metric is that the Implied Volatility is seemingly falling in the charts when the Realized Volatility is picking up for the assets.

It means that the volatility currently exhibited by the assets is way more than what was expected of them at the current moment. A bullish eye can also be taken from this narrative but the fact that we were trying to reverse a bearish trend at the moment, favored the manifestation of a pullback than an incline.

Secondly, the sentiment of the Bitcoin Options trader was clear as day according to the above data. The amount of Put Sells contracts set up at the moment till the end of September is extremely high and it surpassed the limit set during the initial collapse on 1st-2nd September, when a minority did expect a quick bounce back.

With drops expected up to $9000-$8000, the chances of Bitcoin remaining at $10,800 is fairly short over the span of next week. The king coin demonstrated strength to undergo recovery in the past few days, but now the last ‘coin’ standing, is possibly take a dead drop from the top.