Bitcoin dipped to $11,200 zone after reaching $12,500 in the past two weeks. This downward move caused losses across the market, with some coins seeing much of their recent gains wiped out. As Bitcoin regained strength, so did many of the major altcoins. Bitcoin Dominance was at 61.03 at the time of writing and trending to the downside.

Major altcoins flashed signs of short-term trend reversal, either to the upside or began consolidation. Another altcoin rally could be in the making, from the evidence on the shorter time-frames. 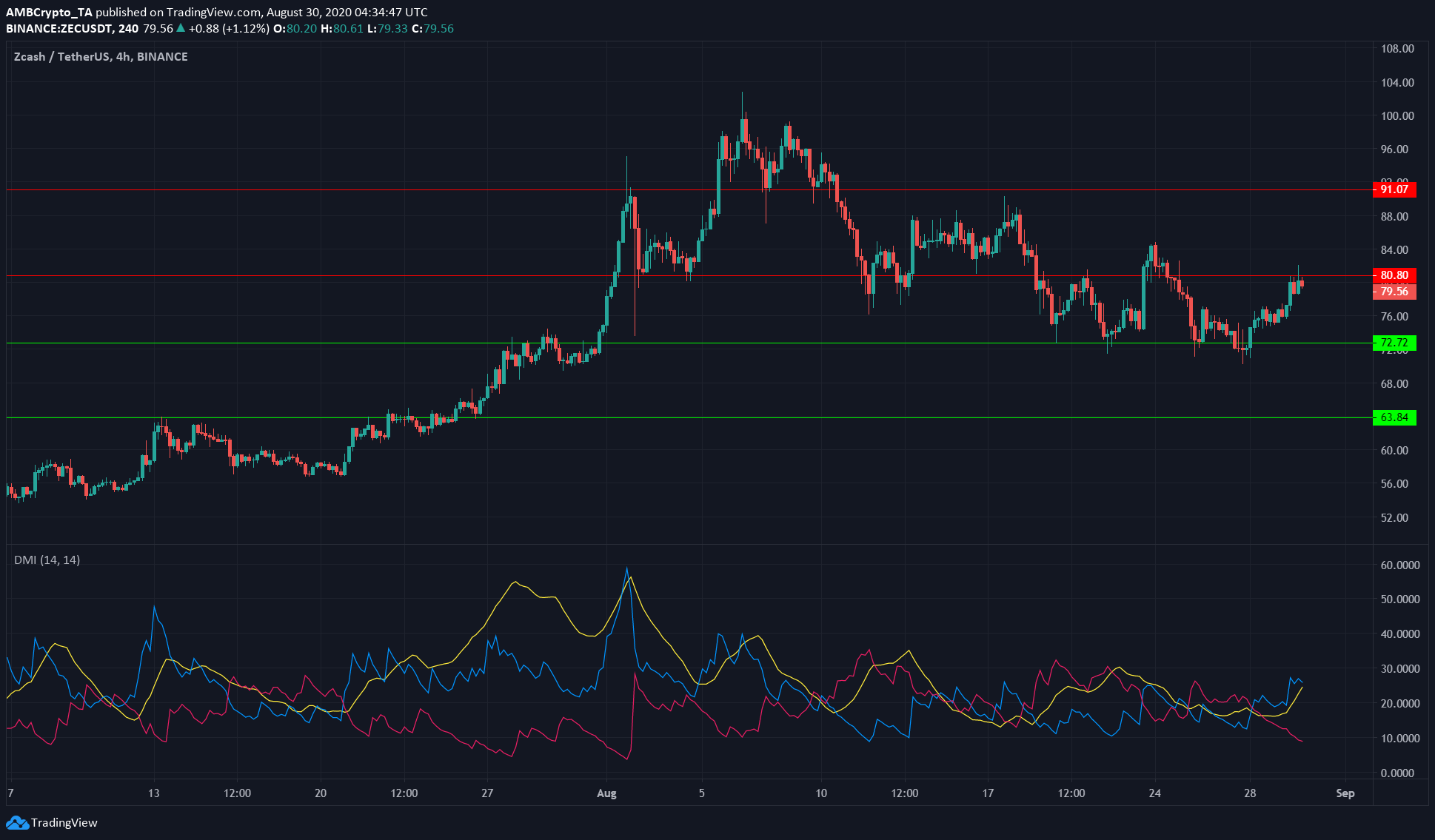 Zcash was ranked 28, with a marketcap of $798 million. On 29 August it had a trading volume of $324 million, which was definitely less than the daily average for the month of August. 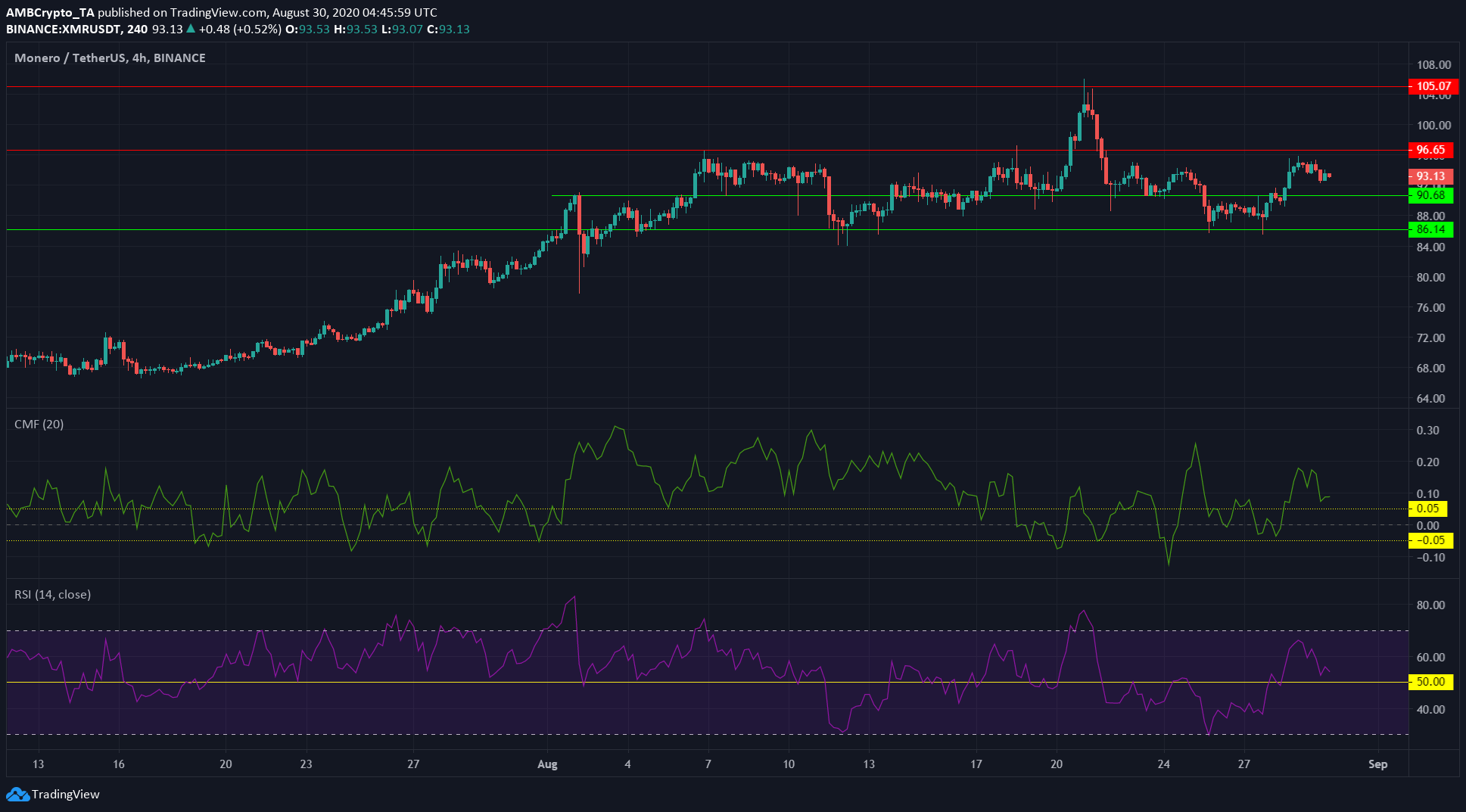 Monero was ranked 16 on CoinMarketCap with a capitalization of $1.64 billion. Chaikin Money Flow was +0.08 and has not dropped significantly for a few days now. RSI showed 54.7 at press time, and had bounced off 50 neutral line recently. Together they suggest that a bullish trend could be in motion for XMR. 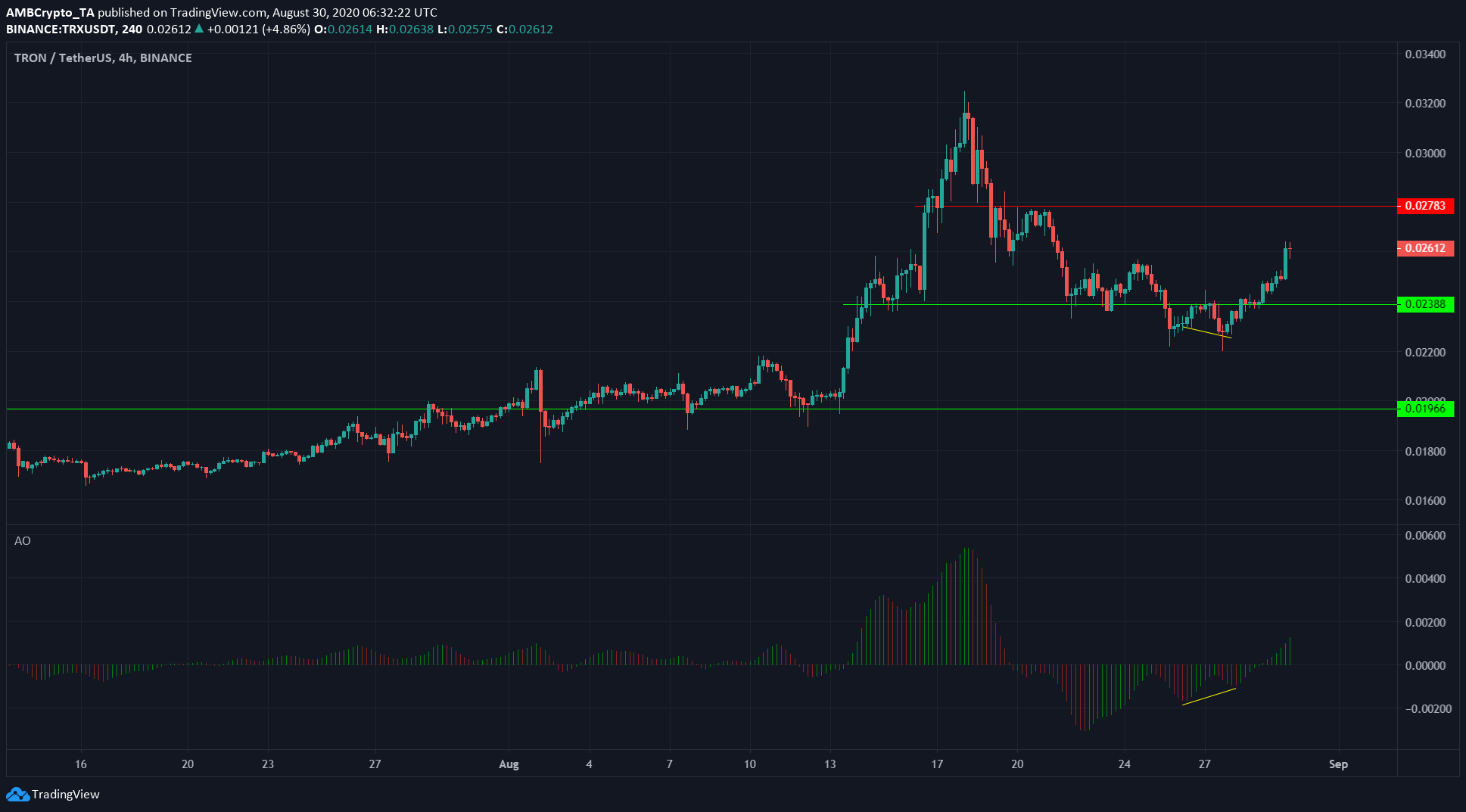 TRON reached a local high of $0.32 and faced strong rejection. The sudden drop in the price of TRX coincided with the announcement of the launch of JustSwap. However, TRX was still trading at a significantly higher price than in July and early August.

At the time of writing, TRX had ended its swift drop from $0.32 heights. Awesome Oscillator showed higher lows while price showed lower lows, a bullish divergence, highlighted by the yellow lines on indicator and price chart.

TRX reclaimed resistance at $0.2388 to flip it to support. It was faced with a short-term resistance level at $0.278. The positive momentum could see TRX test resistance.